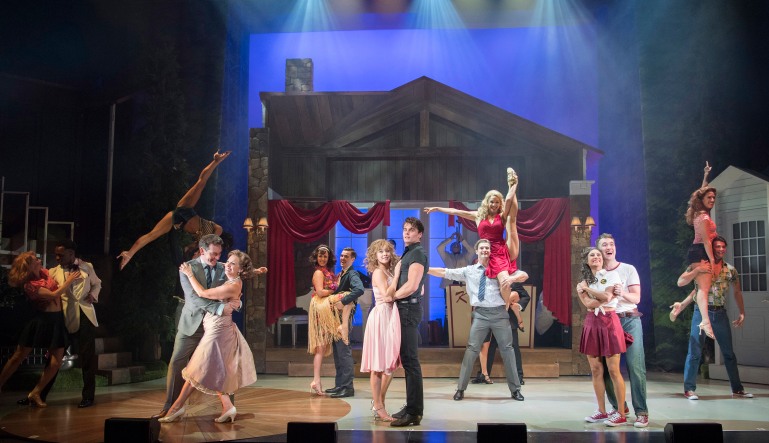 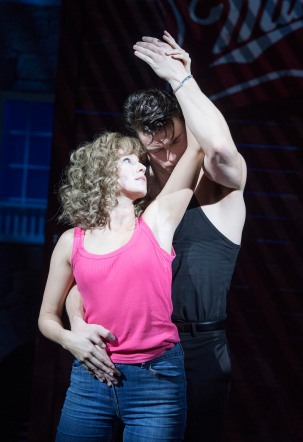 I first saw Dirty Dancing the movie, starring Patrick Swazye and Jennifer Grey, at our local cinema in 1987 and have been a fan of the movie ever since. Yes, I am one of those people who can quote lines from the film and who knows all the words to all the songs within the movie.

I have never seen Dirty Dancing on stage, I am not sure why, although it was adapted for the stage in 2006 and has toured extensively throughout the world including the UK. So, I was delighted when Theatretastic was invited by the Alex to the Birmingham leg of the fourth UK tour of this well-known production.

Set in 1963 the story tells of middle-class teenager Frances (Baby) Houseman who goes on a family summer vacation to Kellerman’s a resort in the Catskill mountains. Here she meets working class dance instructor Johnny Castle and her life changes forever.

The strong, talented ensemble work together as a team, their energy generating to the audience as they delivered Gillian Bruce’s choreography from Latin to Ballroom routines with precision and flair.

Lizzie Ottley portrays Lisa Houseman with great humour her delivery of the “hula number” was a delight and caused the audience around us to dissolve into laughter.

The chemistry between the characters of Baby and Johnny did fall flat at times but they captured the essence of these two iconic roles in their individual performances.

Michael O‘Reilly made his professional debut as Johnny Castle and delivers the variety of dance styles with confidence, physicality and professionalism.

Kira Malou gives a very strong performance as “Baby” Frances Houseman, capturing the sweetness and vulnerability of the character; successfully injecting humour into the training montage sequences and delivering the dance routines with precision and flair.

Simone Covele gave the outstanding performance of the evening as Johnny’s dance partner Penny. Covele’s fantastic delivery of the dance routines showcased her flexibility and suppleness.

Dirty Dancing successfully recreates the movie on stage which will appeal to fans of the film.

Personally, I would have liked to see more of a musical theatre adaption, however, the energy of the cast and the professional delivery of the fabulous dance routines resulted in a production that was thoroughly enjoyed by the Birmingham audience.

Who knows they may even have had the time of their lives? Sorry I just could not help myself!

Dirty dancing at the Alex theatre Birmingham from the 5th – 10th November when it continues its national tour.

We say: “Dirty Dancing is a sexy, energetic, nostalgic night out at the theatre!”