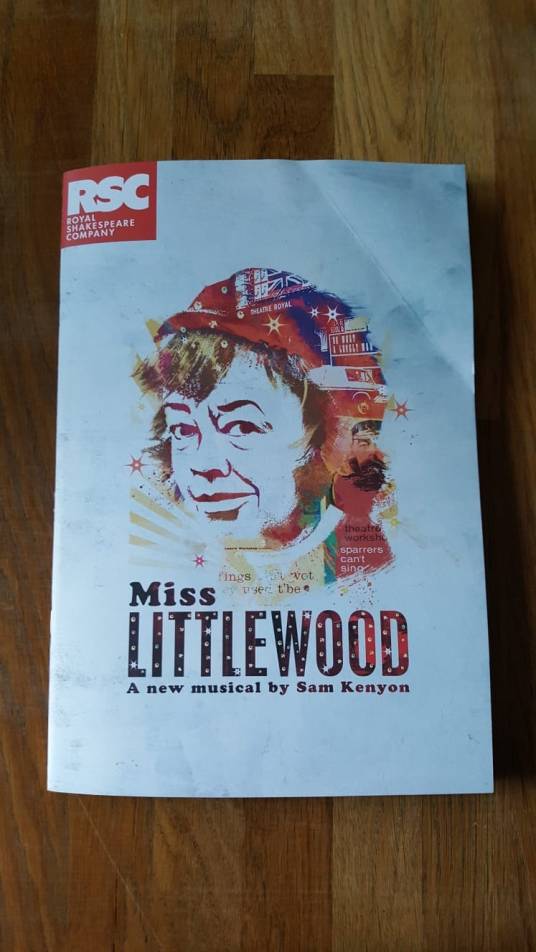 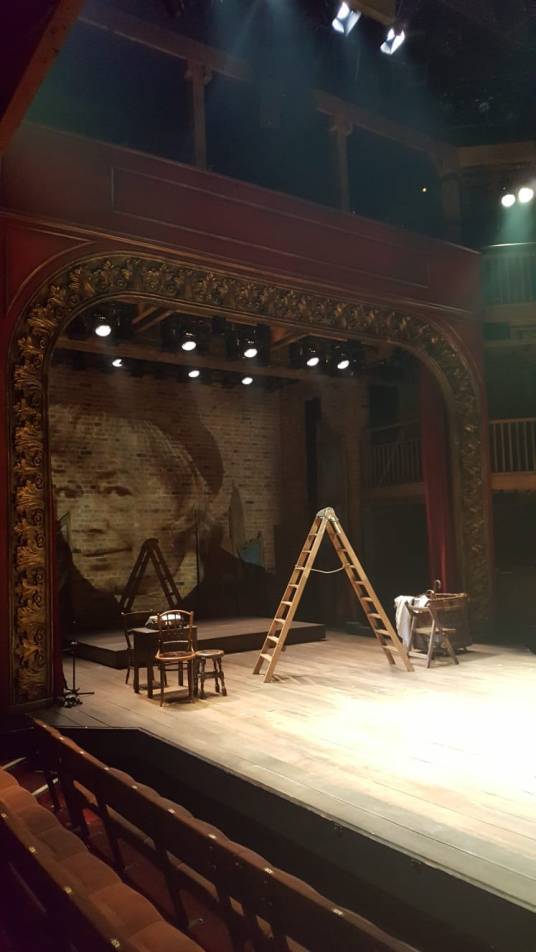 With music and lyrics by Sam Kenyon, Miss Littlewood is a new musical that explores the work and personal life of radical theatre director Joan Littlewood. Littlewood is best known for her work at Stratford East theatre, where pioneering productions A taste of honey and Oh what a lovely war were created and went on to achieve commercial and critical success.

Director Erica Whyman has created an artistic piece of theatre which suited the intimate Swan Theatre setting with its open stage, drawing the audience immediately into the story.

Tom Piper has designed a set that transports the viewer into an old musical hall setting. Props create other rooms in various scenes and are moved skilfully and swiftly by members of the company.

There are seven actresses cast in the role of Joan, all are of different ages, shapes, heights and ethnicity and each actress portrays an aspect of Littlewood’s character. Throughout, several “Joan’s” appear on stage at the same time, each one passing the iconic peaked cap, (which is associated with the director), to the next actress in each scene.

Clare Burt is superb as the outspoken mature Joan as she directs the other actresses performing in the “story of her life” and is on stage for most of the production.

Aretha Ayeh made her RSC debut and gave a fantastic performance as “Joan 2″. Her strong voice and accomplished acting skills combined perfectly together to ensure she held your attention throughout the production.

Sophia Nomvete as Mancunian actress Avis Bunnage, (a member of Littlewood’s company, who originally created the role of Helen on stage in the Taste of Honey), received a thunderous reception from the audience with her rendition of Posh northern. This was delivered with energy and perfect comedic timing during the opening number of the second act, In Stratford East.

Emily Johnstone also made her RSC debut in this production. She completely captured the mannerisms and personality of the well-known actress Barbara Windsor in the delivery of the number A little bit of business resulting in a very strong comedic performance.

This company of extremely talented individuals all worked hard to deliver a piece of memorable theatre which deserved the standing ovation from the Stratford audience.

We say: “This company of extremely talented individuals all worked hard to deliver a piece of memorable theatre which deserved the standing ovation from the Stratford audience!”