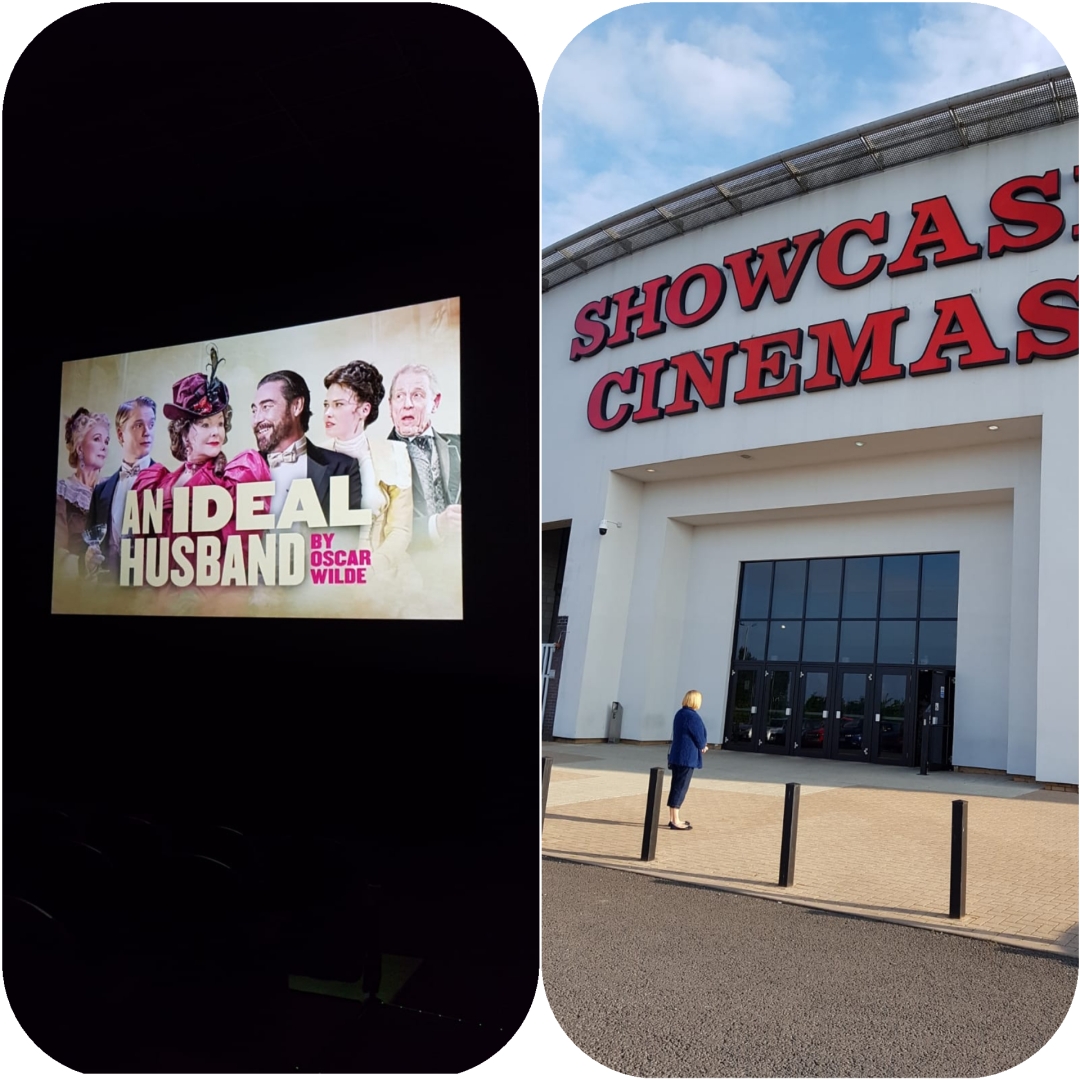 We returned to the Showcase Cinema Dudley for the production of An Ideal Husband screened live by satellite from the Vaudeville Theatre London.

An Ideal Husband is the third play performed by the Classic Spring company as part of their year long Oscar Wilde season.

This 1895 comedy drama is set in London with all events taking place over a period of 24 hours, and tells the story of Sir Robert Chilton, a wealthy happily married member of Parliament. Chilton faces disgrace when a secret from his past is discovered by Mrs Cheveley who proceeds to blackmail him.

Director Jonathan Church has created a traditional well-balanced production of what is considered Wilde’s dramatic masterpiece. As in Lady Windermere’s fan there are musical interludes in this production between each act, which are provided by skilful violinist Samuel Martin.

Simon Higlett’s velvet and gilt set, together with lavish costumes transports the viewer into upper class England in the 1890s.

Nathaniel Parker gives a good performance as Sir Robert Chilton, transforming from a self-assured confident man of power to a man on the edge who is about to lose everything.

Sally Bretton gives a very convincing portrayal of the uncompromising Gertrude Chilton who believes she is married to the ideal husband.

Susan Hampshire as Lady Markby was marvellous, delivering the wonderful lines of Wilde with perfect timing. Laughter rang out throughout the auditorium, when Hampshire referring to the unfortunate Mrs Jekyll, informed the audience that “she ultimately was so broken hearted that she went into a convent or on the operatic stage, I forget which”.

Real life father and son Edward and Freddie Fox work alongside each other as father and son the Earl of Caversham and Viscount Goring; resulting in theatre magic. As one might expect, their chemistry is fantastic and just a joy to watch.

Edward Fox’s vintage theatre voice delivers the classic Wilde “one liners” with sheer brilliance. Referring to his son Viscount Goring, Fox tells Mabel Chilton “I am afraid I can’t take him with me to Downing Street. It is not the Prime Minister’s day for seeing the unemployed.”

Freddie Fox gives an outstanding performance as Viscount Goring, a “frivolous dandy” who surprises the viewer by proving to be courageous and honest as he comes to the aide of his friend Robert Chilton.

This is an enjoyable production of the classic Wilde comedy drama, delivered with humour, wit and excellent comedic timing by this very talented cast.

An Ideal Husband runs at the Vaudeville theatre until July 14th.

We say: “An Oscar Wilde triumph from this talented cast, with humour, wit and excellent comedic timing!”