Love from a Stranger 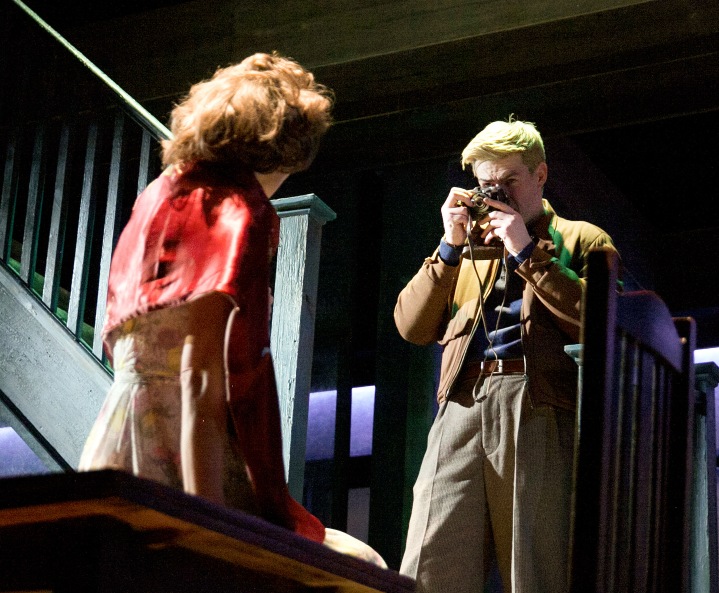 This play is based on the 1934 short story Philomel Cottage written by Agatha Christie. Two years later Christie developed a stage version of this short story, which was revamped and re-titled by Actor and playwright Frank Vosper in 1936.

The story tells of Cecily Harrington, a secretary, who wins a substantial amount of money on a sweepstake. As Harrington and her flatmate Mavis pack their belongings to leave and go their separate ways, an American man, Bruce Lovell, turns up to view their flat. Harrington is so attracted to Lovell, that she jilts her fiancé (who she has been having doubts about marrying) and leaves with this mysterious stranger to start a new life in a remote village in West Sussex. However, it soon appears to Harrington that all is not what it seems.

Director Lucy Bailey has set this play in the 1950s, slowly building the tension to create a piece that is dark and atmospheric as the plot twists and turns towards its dramatic climax.

Set designer Mike Britton’s use of blackouts, sliding walls and translucent panels, combined with spine chilling music and dramatic lighting, adds to the suspense and surprise of this piece. I found myself on the edge of my seat, wondering what was going to happen next.

Helen Bradbury gave a strong performance as Cecily Harrington. She made me believe that it was possible for this sensible intelligent woman to change her life so quickly when meeting Lovell.

Sam Frenchum gives a convincing performance as Bruce Lovell. I enjoyed his ability to transcend the character of Bruce Lovell from someone “creepy” into someone rather chilling and sinister.

With strong performances from a talented cast, inventive set design and original music, this production is an enjoyable atmospheric, psychological thriller.

Love from a Stranger runs at the Alex Birmingham from the 15th to 19th May before continuing its UK tour.

We say: “With strong performances from a talented cast, inventive set design and original music, this production is an enjoyable atmospheric, psychological thriller”

Hope everyone is enjoying the Easter Break!
Happy #worldtheatreday🎭 to everyone who lives and breathes theatre! We can't wait to be back in our happy place 🥳🎭💖
We would love to see #funhome on stage again! It was one of the shows on our bucket list and it blew us away.
March is #endometriosis awareness month and this is something close to our hearts. I got diagnosed with endometriosis in 2019 and had my first major excision surgery in November 2020. This is what a chronic invisible illness looks like. Good days and bad days.
Happy Mother's Day to all those important mother figures in your life ❤️
We would be at a vigil if we could but virtually we will #reclaimthesestreets for women everywhere.