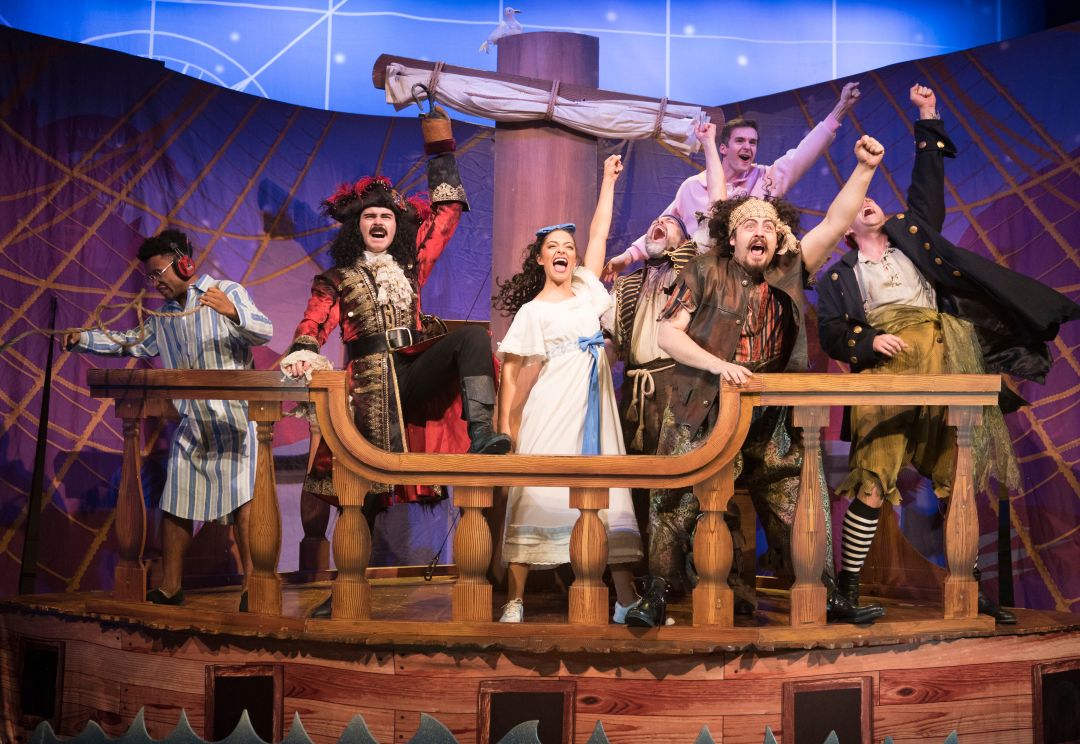 Nominated for an Olivier Award for ‘Best New Comedy’ in 2016, Peter Pan Goes Wrong has enjoyed two West End seasons, a tour of Australia, New Zealand and a UK tour. A one-hour version of the show was broadcast on primetime BBC One in December 2016, starring David Suchet as the guest narrator and watched by an audience of over six million worldwide.

Co-written by Mischief Theatre company members Henry Lewis, Jonathan Sayer and Henry Shields, Peter Pan Goes Wrong tells the story of The Cornley Polytechnic Drama Society who have decided to use an inheritance to purchase stage equipment to create the ultimate version of JM Barrie’s Peter Pan. Unfortunately, they do not have the expertise to use the equipment, what on earth could go wrong?

Director Adam Meggido creates the chaos as this talented touring cast deliver this timeless classic with expert comedic timing at a breakneck pace resulting in a high energy farce. Simon Scullion’s brilliant technical set design, (where everything that can go wrong does), resulted in the audience around us reduced to tears of laughter. There were unforgettable moments of comedy throughout. I will never take a spoonful of medicine without laughing again…

There are strong performances from each person in this marvellous cast who have great chemistry with each other and who work together as a team to create a piece of theatre that is full of highly physical slapstick comedy. This combined with quick fire dialog which pokes fun at the politics of amateur theatre companies adds another layer to this hilarious production.

Peter Pan Goes Wrong is a thoroughly enjoyable evening of technical hitches, flying mishaps and cast disputes, which had me and the Birmingham audience in stitches of laughter from beginning to end. It leaves you trying to recall your favourite part but failing because there are so many to pick from. This production made my normal Tuesday one to remember and I can’t wait to see what Mischief Theatre have up their mischievous sleeves in the future.

Peter Pan Goes Wrong at the Alexandra, Birmingham from Tuesday 18th until Saturday 22nd February 2020, when it then continues its national tour.

We Say: “Doctor’s should prescribe a large dose of Mischief Theatre and the world would be a brighter place! An unforgettable night of comedy! ”