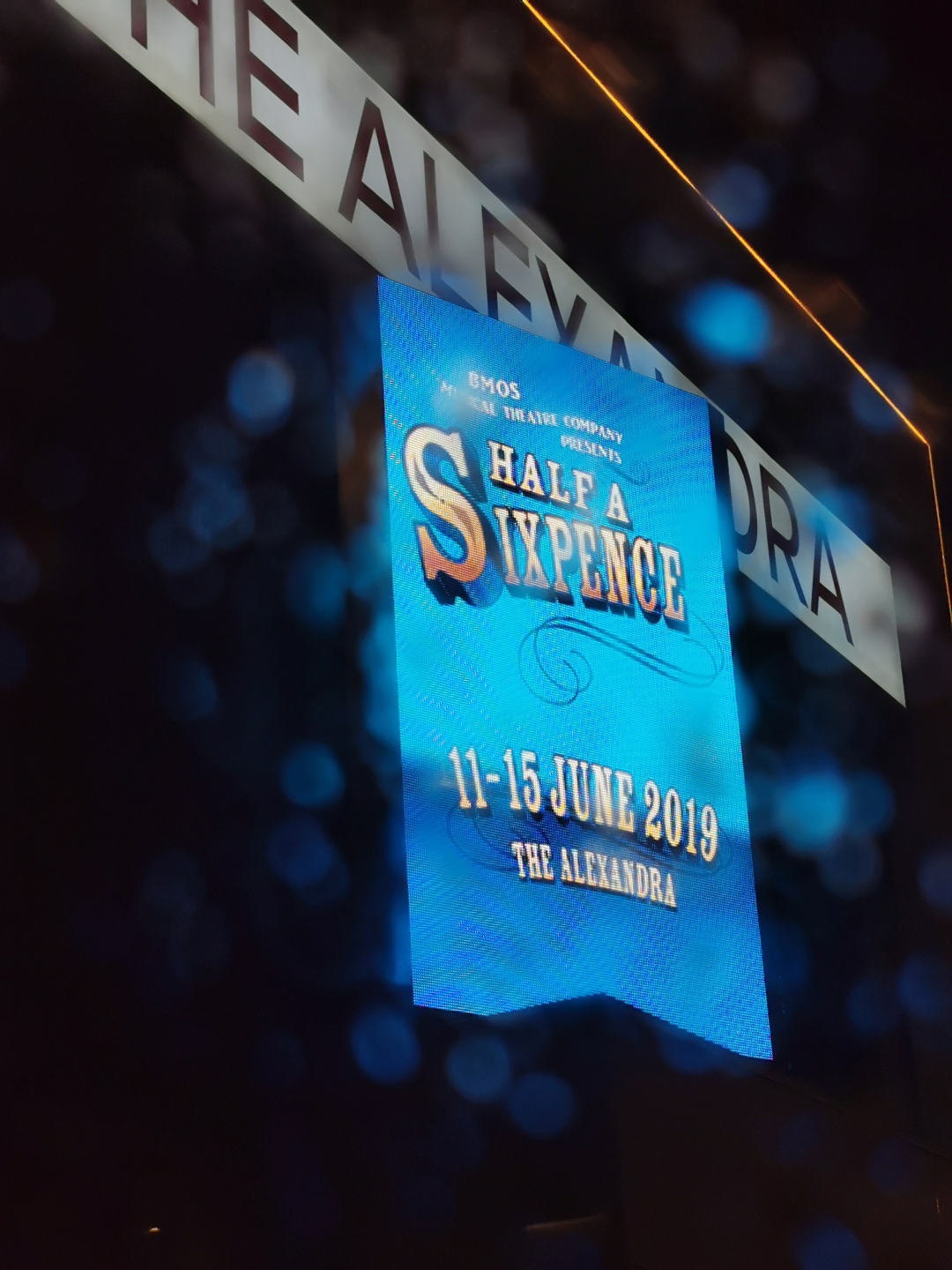 Half a Sixpence – BMOS

Award winning, forward thinking, Birmingham based BMOS musical theatre company, are committed to rising the profile of amateur theatre in the West Midlands. The company also supports various charities and have raised thousands of pounds for worthy causes since their formation in 1866. BMOS perform every summer at the Alexandra Theatre in Birmingham; their production for 2019 is Half a Sixpence.

With music and lyrics by David Heneker and a book by Beverley Cross, Half a Sixpence is a musical comedy based on the 1905 Book Kipps: The story of a simple soul by H. G. Wells. The production opened at the Cambridge Theatre in London’s West End 1963 where it ran for 677 shows featuring Tommy Steele as Arthur Kipps and Marti Webb in her first leading role as Ann.

The show was revised by Cameron Mackintosh in 2016 to critical acclaim resulting in a transfer to the Noël Coward Theatre in London’s West End, receiving three Oliver award nominations.

Set at the turn of the last century, the story tells of orphan Arthur Kipps, a draper’s apprentice who inherits a fortune from his estranged grandfather. His life changes dramatically and he considers marrying Helen, a beautiful lady who can teach him how to be a gentleman, instead of his childhood sweetheart, parlourmaid Ann.

There are strong supporting performances from the shop boys Neil Ward (Sid), Alex Nicholls (Pearce), Andrew Treacy (Buggins) and their counterparts, the shop girls, Morgan Bebbington (Kate) Rosie Harvey (Flo) and Charlotte Boyer (Victoria). They all harmonise perfectly together, particularly in the number A proper gentleman which was one of our favourite numbers of the evening.

Daniel Parker (Kipps) gave a strong, engaging, performance as the cheeky chap Kipps. Parker has a wonderful rich voice which filled the auditorium. Parker is engaging on stage and it was enjoyable to watch his interactions with the rest of the cast (and audience). One of the most enjoyable partnerships of the night was Kipps and eccentric Chitterlow (Jake Genders) who gave a wonderful comedic performance.

Carys Wilson gave a regal and elegant performance as Kipps other love interest, Helen. Wilson brought a warmth to the role which was refreshing.

After seeing a few productions of Half a Sixpence over the years, we have never really engaged with the character of Ann. This changed with this production as Annabel Pilcher (Ann) skillfully created a character that we really cared about. Pilcher’s acting ability combined with her beautiful voice, was for us the standout performance of the evening. Kipps and Ann also had excellent chemistry with each other resulting in believable performances from both.

This is a very talented company who all work together to create an endearing, charming piece of theatre that fully deserved the rapturous applause from the Birmingham audience.

Half a Sixpence is at the Alexander Theatre from the 11th – 15th June.

We say: “If the rain’s got to fall don’t let it fall on this charming, endearing production of Half a Sixpence!”