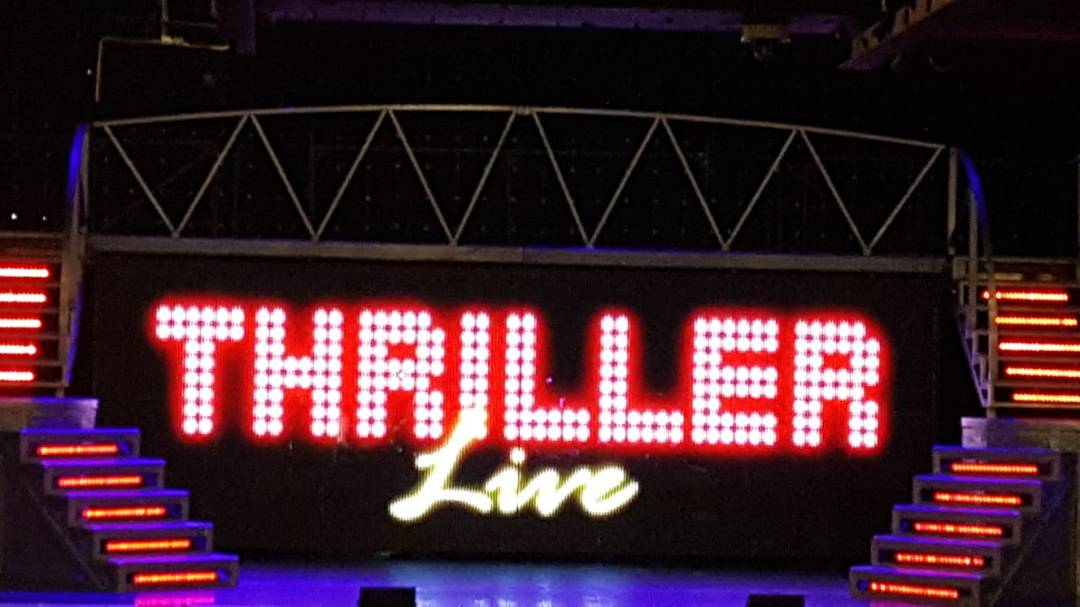 Opening at the Lyric theatre in London’s West End in January 2009, Thriller Live is the 13th longest West End musical of all time; and continues to play to sell out audiences.

Thriller Live, differs from other jukebox musicals as there is very little script and no storyline. This piece is a two-hour tribute concert featuring the greatest hits of Michael Jackson’s career from the beginnings of the Jackson 5 to the Grammy award winning albums Thriller and Bad.

Jonathan Park’s set design combines with Nigel Catmur’s simple and effective LED lighting screens, which transport the viewer to the decade of each song.

Thriller Live begins with the Jackson 5 years and includes classics such as I’ll be there, ABC and I want you back, which transported me back to the 18th of February 1979, when I was lucky enough to see the Jackson 5 perform at Birmingham’s Bingley Hall as part of their Destiny World Tour. This section of the show was my personal favourite, each song delivered with passion and a purity that perfectly captured the Jackson’s music of this era.

Kieran Alleyne is mesmerising as he performs the iconic dance routines associated with Michael Jackson, with ease and professionalism.

Ina Seidon for me gave the outstanding vocal performance of the evening, delivering each song with power and emotion.

Full of classic Jackson hits, that had the Birmingham audience on their feet, Thriller Live is a perfect feel good piece of theatre, and a must for any fans of timeless pop music as well as fans of the music of Michael Jackson.

Thriller Live is at the Alexandra Birmingham from the 3rd-8th of June when it continues its UK tour.

We say: “Thriller Live is a perfect feel good piece of theatre, and a must for any fans of timeless pop music as well as fans of the music of Michael Jackson”

Hope everyone is enjoying the Easter Break!
Happy #worldtheatreday🎭 to everyone who lives and breathes theatre! We can't wait to be back in our happy place 🥳🎭💖
We would love to see #funhome on stage again! It was one of the shows on our bucket list and it blew us away.
March is #endometriosis awareness month and this is something close to our hearts. I got diagnosed with endometriosis in 2019 and had my first major excision surgery in November 2020. This is what a chronic invisible illness looks like. Good days and bad days.
Happy Mother's Day to all those important mother figures in your life ❤️
We would be at a vigil if we could but virtually we will #reclaimthesestreets for women everywhere.