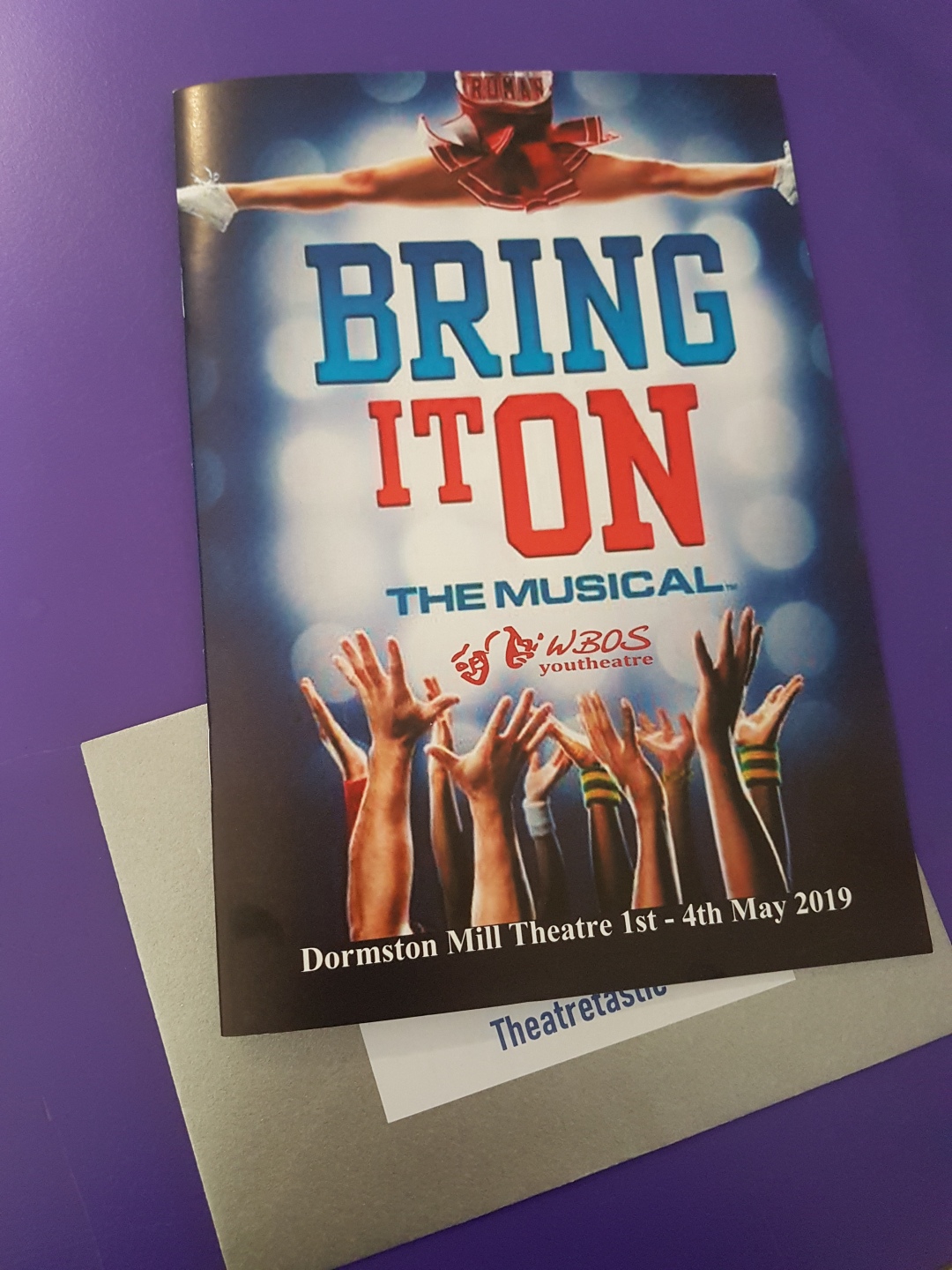 Bring It On – The Musical

We all know that Theatretastic love Lin-Manuel Miranda, so when we were invited by WBOS Youtheatre to attend their 2019 production of Bring It On, Manuel’s 2012 Broadway hit, we were excited. How could a combination of Lin-Manuel’s genius, my love of the Bring It On movies (yes I have seen them all and I’m not ashamed!) and a talented youth company go wrong?

The award-winning youth section of WBOS was formed in 1987 and the company comprises of young people ranging from 10-19 years old. We are always delighted to see what this company are up to each year.

The production really comes into its own when we head to Jackson High and we meet the Jackson Squad. The energy of the production shifts as we are introduced to the well known sounds of Lin-Manuel Miranda played perfectly by The Midland Concert Orchestra. This company came to life in the complicated, complex choreography by Claire Flavell as we were merged into the hip-hop world of inner city High School life of Jackson High.

It was hard not to choose a favourite squad as the cast performed their cheer routines with precision and power. What I really loved about this production was the energy and passion that the cast displayed whilst performing. This is a show that was made for young people to have fun and WBOS Youtheatre did just that.

The leading lady of this production was Jessica Harrison in the demanding role of Campbell. We had the opportunity of watching Jessica as Tracy in last year’s production of Hairspray. Jessica really is a triple threat as she continues to hit every note and every move with flawless ability. The leader of the Jackson Crew, Danielle, was played by Eboni Green who had a beautiful voice and natural stage presence. When the two came together to sing We’re Not Done, the audience were treated to a blend of beautiful harmonies.

Tori-Jayne Parkes gave a wonderful comedic performance as ditzy, quirky best friend Bridget, alongside Luca Marandola as her boyfriend Twig who had the audience laughing with his charming performance. Other highlights of the night come from talented Amber Seddon as Nautica and Isabella Ferrara as the manipulative rival Eva. Each and every member of the cast gave a charismatic performance throughout.

Some of my favourite musical numbers on the night were the opening number of Act II, It’s All Happening , One Perfect Moment, It Ain’t No thing, Killer Instinct, Enjoy the Trip and We’re Not Done. I was impressed by the company’s ability to handle the rap elements of the musical score, not missing any word or beat. The fast paced music and choreography didn’t seem to faze this passionate cast.

This was an ambitious production by an ambitious youth company who aren’t shy of breaking boundaries and providing refreshing performances. The talent in WBOS Youtheatre is still as strong as ever and we look forward to the future for this talented company of young performers.

We say: “Ambitious and refreshing, WBOS Youtheatre are setting the standard with their production of Bring It On!”