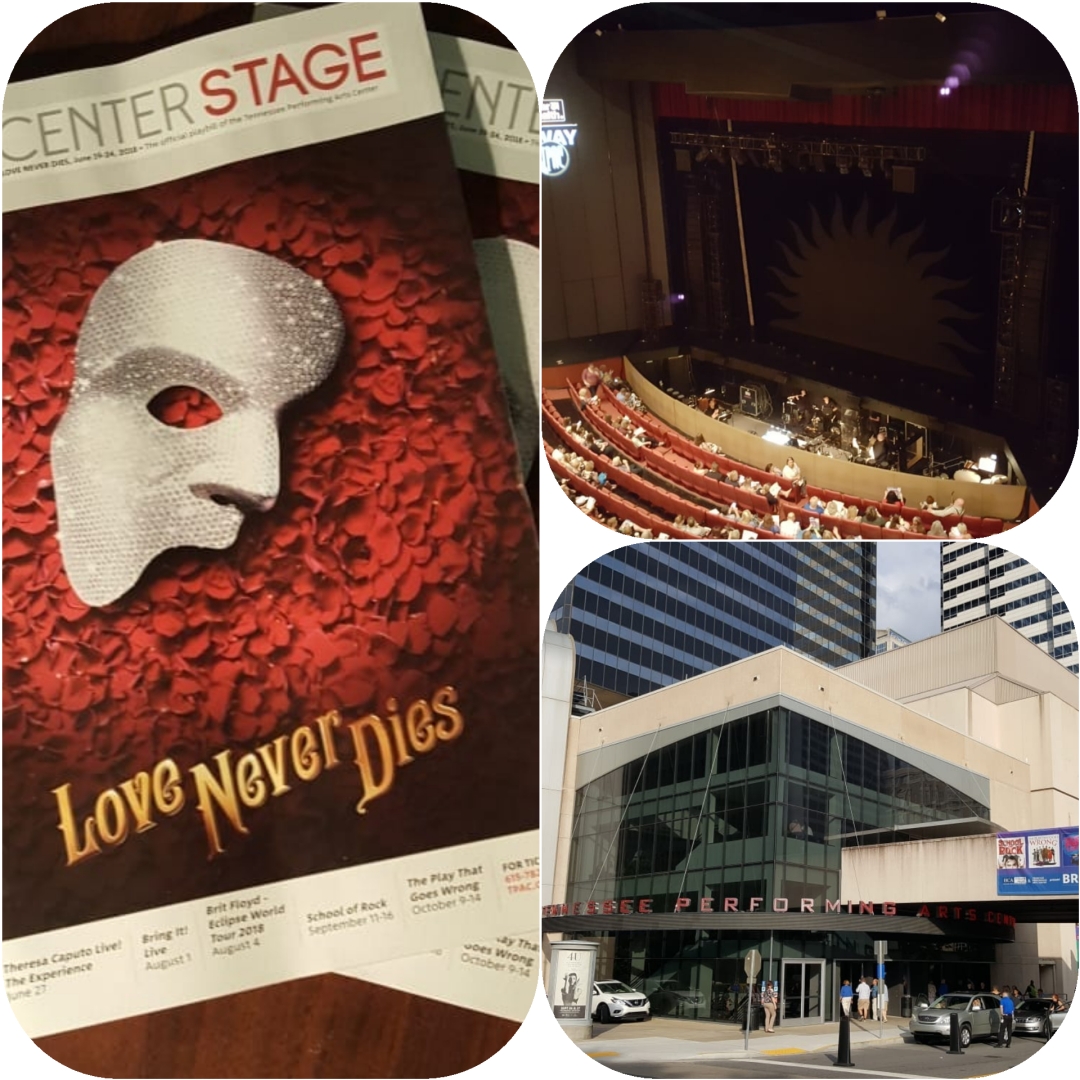 With music by Andrew Lloyd Webber, lyrics by Glen Slater, additional lyrics by Charles Hart, book by Ben Elton, (based on the Phantom of Manhattan by Fredrick Forsyth) Love never dies continues the story of the Phantom of the Opera.

Love never dies opened at the Adelphi theatre in the West End in 2010, with plans for a simultaneous opening on Broadway. However, due to poor ticket sales the production closed in the West End after 18 months and the Broadway opening was cancelled. The show was revised, Simon Phillips appointed as director and the production successfully toured Australia in 2011.

The revised production of Love never dies is currently touring the US for the first time playing 25 cities over a 12 month period.

Set in 1907, the Phantom with assistance from Madame Giry and her daughter Meg, has fled Paris and is hiding in the self-created Phantasma Land an amusement park on Coney Island.

The phantom has spent the past 10 years pining for Christine Daaé he discovers Christine, now a world-famous soprano is performing in the United Sates he seizes the opportunity to see her again and lures her and her family to Phantasma.

Lighting designer Nick Schlieper creates the outline of an amusement park in lights against a black stage drop which is very effective and pulls the viewer immediately into the world of Phantasma.

As the curtain rises above the left-hand corner of the stage a large splendid phantom mask in ivory and blue sits, which remains throughout the production.

Gabriella Tylesova, costume and set designer, has created a set where art nouveau style scenery contrasts beautifully against the amusement park setting of Phantasma. This is particularly demonstrated when the phantom introduces Christine’s son Gustav’ and the audience to the area underneath the carnival rides, where ghouls, zombies, skeletons and creatures in pyramid glass bottles the stage, creating a dark and sinister world.

Brightly coloured costumes of circus performers fill the stage creating a visual spectacle whilst the peacock style dress worn by Christine for her debut performance at Phantasma is dramatic and spectacular, epitomising the splendour of the era.

As one would expect from an Andrew Lloyd Webber piece the music is dramatic and beautiful, delivered with precision and passion by the talented group of musicians under the direction of Dale Rieling.

On the evening we went to see this production, Michael Gillis performed the role of Phantom. From the first number, ‘til I hear you sing, Gillis held me in the palm of his hand by the emotion conveyed in the delivery of that song. Gillis gave a very strong performance, had very good chemistry with Meghan Picerno reducing me and others around me to tears as the production came to its conclusion.

Meghan Picerno gave a convincing performance as Christine, her beautiful soprano voice filled the auditorium, and her rendition of the productions theme song Love never dies was outstanding.

This is a very talented cast with strong performances from all, creating a piece that was a joy to watch and thoroughly deserved the standing ovation received from the Nashville audience.

Love never dies is currently touring the USA until September 2018.

We say: “A fabulous, bold, beautiful, must see production! Catch it whilst you can USA theatre fans!”